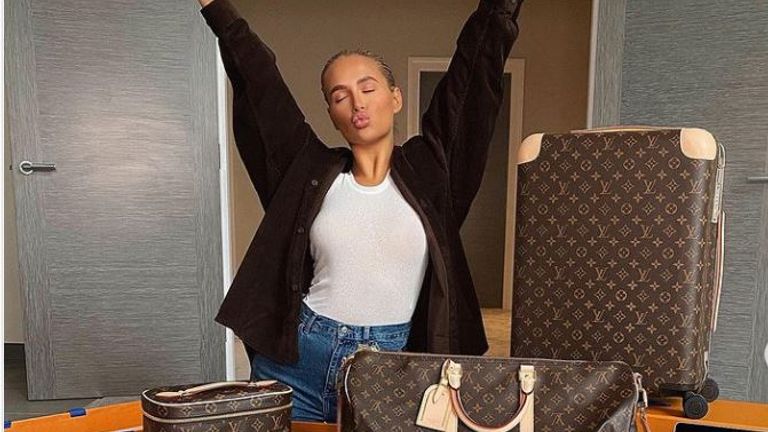 One of the top social media trends of 2020 was giveaways, a marketing strategy that not only incentivises audiences to engage with an account but, if done properly, fosters word of mouth that can take brand visibility to tremendous heights.

Listen to the audio here

Molly-Mae is the perfect example. Back in September, the Love Islander-turned-mega-influencer practically broke the internet when she offered her followers the chance to win £8,000 worth of gifts, including Apple and Louis Vuitton products as well as her own fake tan products. Her post gained over 1 million likes, almost 3 million comments and got her name trending everywhere. What's more, a very lucky person *beat all odds* to win.

That's the good. Now for the bad and ugly.

Molly-Mae has been accused by the ASA of breaking their guidelines pertaining to competitions. The ASA, or Advertising Standards Authority, is the UK’s regulatory body for advertising. They ensure that every ad is legal and responsible, penalising those who fail to adhere to the rules. Every influencer and marketer should either be or become familiar with the ASA and their guidelines.

Upon receiving complaints, the ASA investigated whether "the promotion was administered fairly" and the giveaway prizes were "awarded in accordance with the laws of chance".

Fair promo or no?

Molly-Mae's giveaway required participants to do the following: like the post, tag a friend, subscribe to her YouTube account, and subscribe to her main (@mollymaehague) and business (@filterbymollymae) Instagram accounts. These conditions, along with the fact that some of Molly-Mae's products were included in the giveaway, meant that the giveaway can be defined as a promotion in the form of a prize draw, and therefore subjected to ad codes written by CAP (Committees of Advertising Practice).

ASA's ruling states "The CAP Code required promoters of prize draws to ensure that prizes were awarded in accordance with the laws of chance".

The ASA found that the giveaway didn't actually give every participant a fair and equal chance at winning-100 names were chosen out of a hat and there was no evidence to suggest that the draw was conducted either by or under the supervision of an independent person. To avoid this, Molly-Mae should've opted to use a computer programme to randomly select those names.

After those 100, she then shortlisted a final 25 names (randomly? We don't know) and entered them into a computer programme to determine the winner. Molly-Mae even mentioned on her Instagram Story that the final 25 had entered her giveaway more than once. The lack of effective measures in place led the ASA to conclude that the winner wasn't technically chosen at random.

To sum it up, Molly-Mae believed she handled the giveaway in the best way possible given the magnitude of attention it received. However, she should have anticipated a high level response especially considering her following size and the £8,000 value of the giveaway.

What does this mean for influencers?

ASA doesn't exist to instil fear, but to educate and ensure audiences aren't being deceived (intentionally or otherwise). They have a host of resources available that clear up any grey areas within influencer marketing. Check out their influencer guide on how to guarantee your social media ads are clearly seen as ads.

A quick guide on what NOT to call Black and Brown people.

It’s the last month of the year and we’re just out of our second national Lockdown. Amidst the pandemic,...

The Twist and Turns of Women's History Month 2021

March is a BIG month for women - with International Women’s Day, Mother’s Day and of course, it being Women’s History Month. This March has been an overwhelming one...