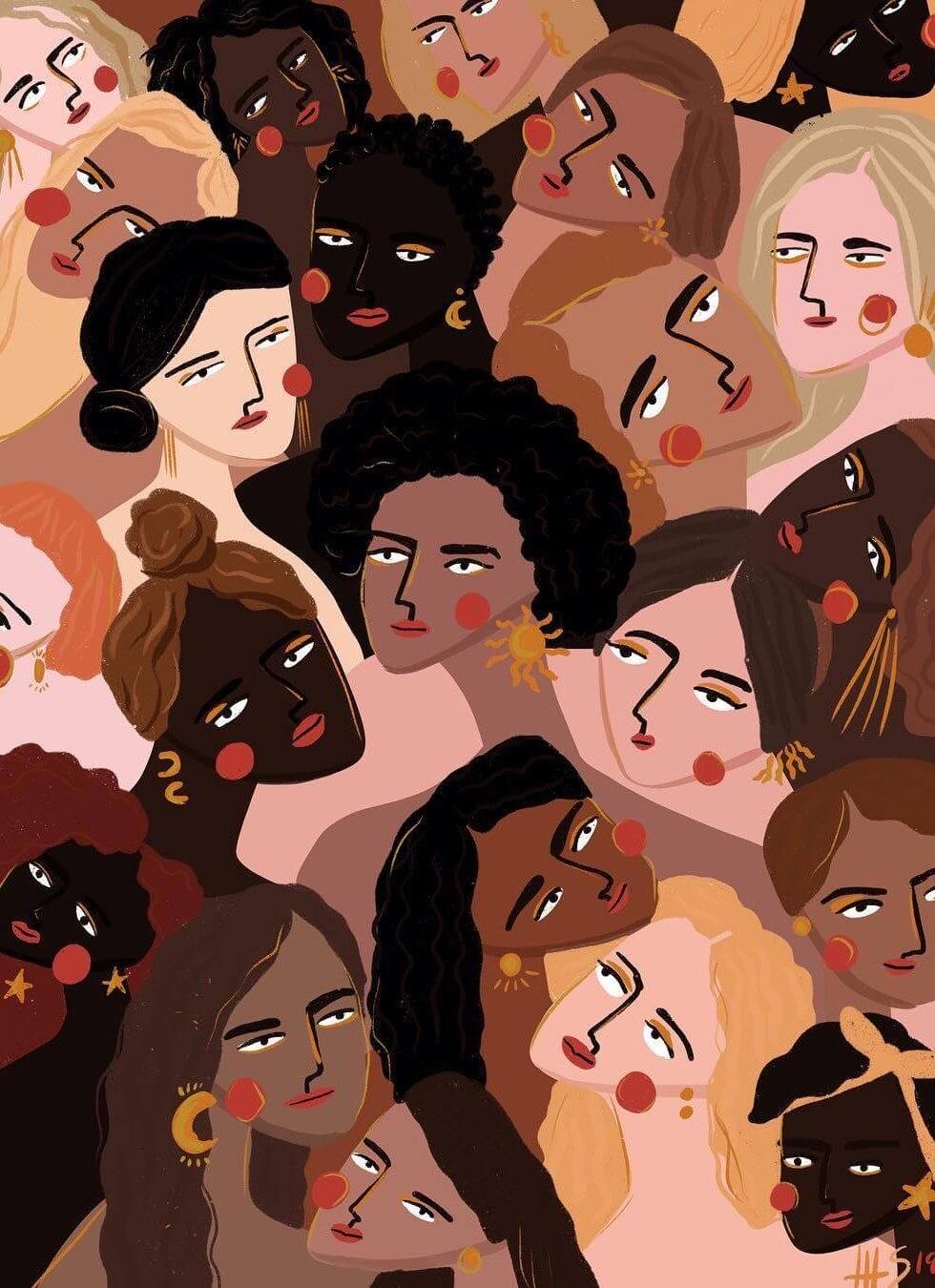 March is a BIG month for women - with International Women’s Day, Mother’s Day and of course, it being Women’s History Month. This March has been an overwhelming one for so many reasons, it’s actually difficult to count.

Listen to the audio here

In the UK we started on 7th March, with Harry and Meghan’s Oprah interview delving into Meghan’s experiences with both the Royal Family and the British press. This interview was unsurprisingly followed by a tirade of hatred towards Meghan from the press, the public and ex-Good Morning Britain/King-of-the-Meghan-Markle-Troll-Brigade, Piers Morgan. This really set the tone for the month.

The next day was International Women’s Day, and social media was filled with posts recognising amazing women for their achievements. We at SevenSix Agency had a big IWD post planned for the 8th March, but when I woke up that morning I just didn’t feel like celebrating, which is very out of character for me! Witnessing hatred for Meghan spread across the internet, to then see men and women hypocritically preaching about the importance of celebrating women after cyberbullying other women was just… gross. 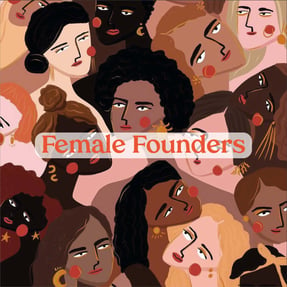 I posted on my stories about how I was feeling and a lot of my friends and followers shared how they felt too. We discussed a series of topics:

What actually is International Women’s Day?

It made me sad that I didn’t want to support IWD this year when it holds such an importance to the DNA of my company - the SevenSix Agency team is made up of 7 women and we predominantly (but not exclusively) work with women. My sadness around the day made me question whether or not IWD is actually just another holiday on the marketing calendar? 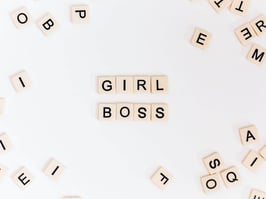 Like most global awareness days, IWD started in the US, with the Socialist Party of America declaring the first National Woman's Day in 1909. This came a year after 15,000 women marched through New York City demanding shorter working hours, better pay and the right to vote. In February 1980, President Jimmy Carter issued the first Presidential Proclamation declaring the Week of 8th March 1980 as National Women’s History Week, followed by Congress’ declaration of March 1987 as the first official Women's History Month.

Both the day and month celebrate how far women have come in society, politics and economics, while the political roots of the day mean strikes and protests are organised to a) raise awareness around continued inequality and b) showcase the amazing achievements of women around the world. It’s a perfect opportunity for intersectional feminism to shine! It’s also a great opportunity to highlight the inequalities women still face today, and the steps we can take to create change.

Now back to my timeline… between the bookends of International Women’s Day and Mother’s Day the UK took first place in women-shaming... we saw more Meghan Markle hate and accusations from Piers Morgan that she lied about her mental health (utterly unacceptable). We watched the tragic story of Sarah Everard’s murder unfold, which lead to Twitter amplifying the cases of black women who have also disappeared and been found dead, such as Blessing Olusegun. Black women, WOC and trans women disappear and end up dead, without a proper investigation or ever having their stories told or highlighted in the same way.

The week of the 7th, we also saw thousands of women take to social media to share their experiences of sexual assault, harassment and abuse at the hands of men, which was really traumatic to read and see. I have my own experiences and the majority of my friends have stories they can (but don’t want to) tell around this subject, and as I’ve gotten older, I’ve realised it’s harder to find women who don’t have an experience of sexual assault or harassment than those who do. What kind of world do we live in?

Despite all the transparency and vulnerability of sharing personal experiences online, #NotAllMen (think, #AllLivesMatter) became a trending topic on Twitter. Interestingly, the accounts contributing to this hashtag were mostly men, many of whom were sharing their own experiences. Once again, many women had to explain that nobody is saying that men aren’t also victims of sexual assault, rape and violent crimes, but statistics show that over 98% of those crimes are committed by men. Men can be seen as a danger to women and themselves. Ironic.

every woman knows it's not all men. but we don't know WHICH men. so we stay wary of ALL men. it's not rocket science

The disappointing stats around women’s realities

Stats show that it’s actually pretty tough (to say the least) to be a woman, globally:

If we then break this down to women of colour:

I’m sharing these points because when I think of IWD, I think not only of the progress we have made as people thus far, but also all that still needs to be done across the board! International Women’s Day is a yearly reminder that we still need to push for change.

What can we do?

1. Mentoring, funding and guidance - not just from other women but more importantly from men as they occupy more space. Women’s membership group, Bloom, do a great job at this with their Exchange programme!

3. We need to question any laws that support inequality - the right to equal pay was only put into place in Great Britain as of 2018, so now all companies in Great Britain (excluding Northern Ireland) must make now their gender pay gap figures public and declare them to the Government Equalities Office (GEO), as well as publishing the percentage of men and women who receive bonuses.

Another great example is the 2019 criminalisation of upskirting, through the efforts of activist, Gina Martin. This new law adds two further offences to the Sexual Offences Act 2003, and covers the practice of ‘upskirting’- taking sexually intrusive pictures under a person’s clothing without their permission. It’s time to redefine behaviours that are so often dismissed as “boys being boys”, and call them what they really are: criminal and sexual offences.

4. Year-long supporting of charities and organisations supporting women and girls - these initiatives need to be supported all year round rather than just in March. Rather than a lump sum donation, how about a monthly direct debit? Rather than a social media post, how about monthly mentoring or volunteering with the charities or offering a skill share - can you do their social media? Can you host a talk for them? Can you offer a venue for their events? The list goes on.

5. Training courses - for your team around women’s issues, equality issues and general diversity training to ensure your team have the right mindset and are fully on board with your mission for equality.

These are just a few of the ideas that popped into my head, but for true support I encourage you to sit down with your team and decide on how you can contribute to the push for equality.

Across our social media today you'll find 10 women we’ve chosen to highlight because of the incredible work they are doing. Most of them are friends of SevenSix, so yes we are biased- but if we know them, you should know them too! 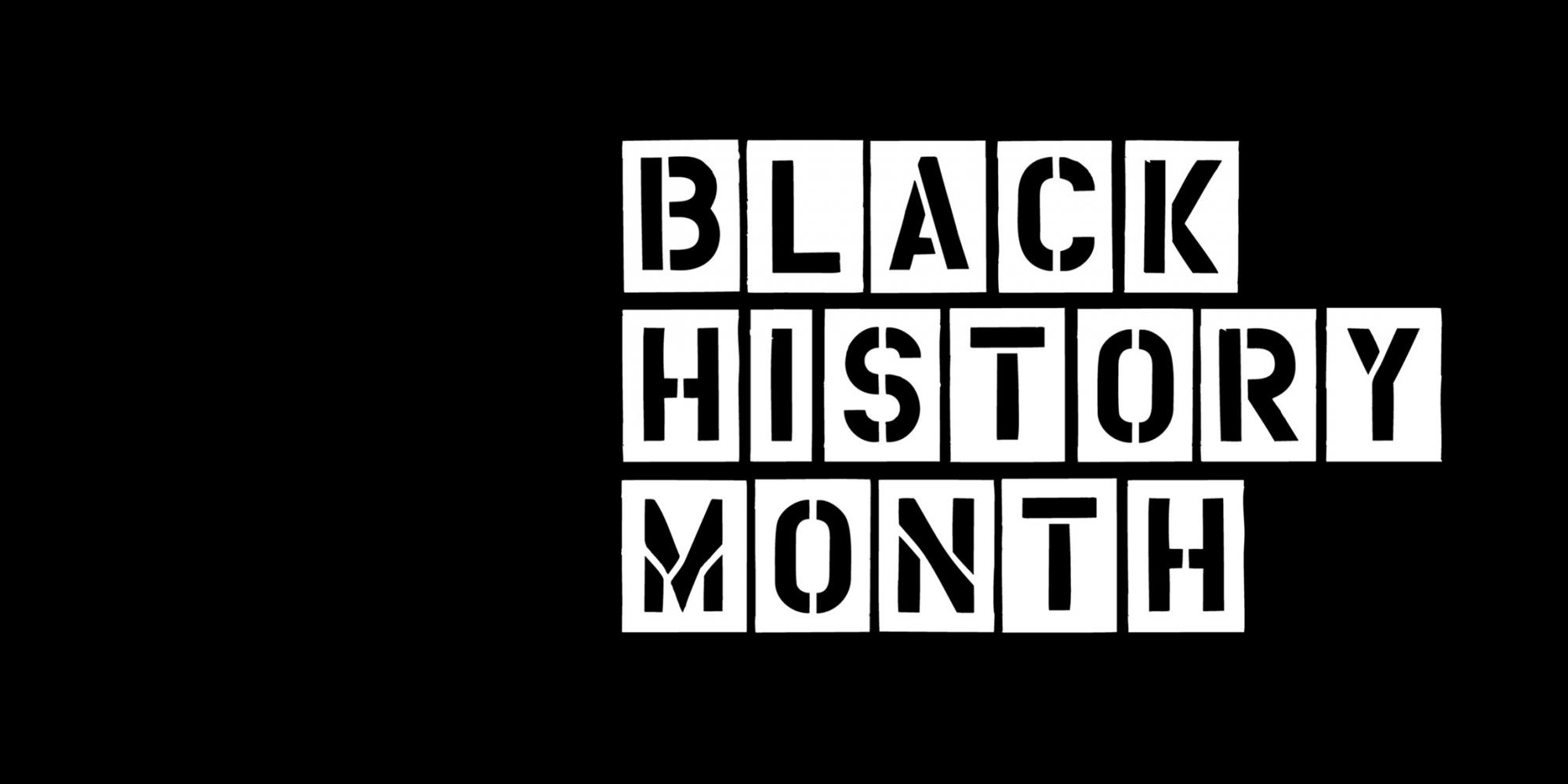 Black History is More than a Month

2020 was definitely a challenging year for the black community, from the disproportionate impact of COVID-19 on ethnic minorities to the global uprisings against...